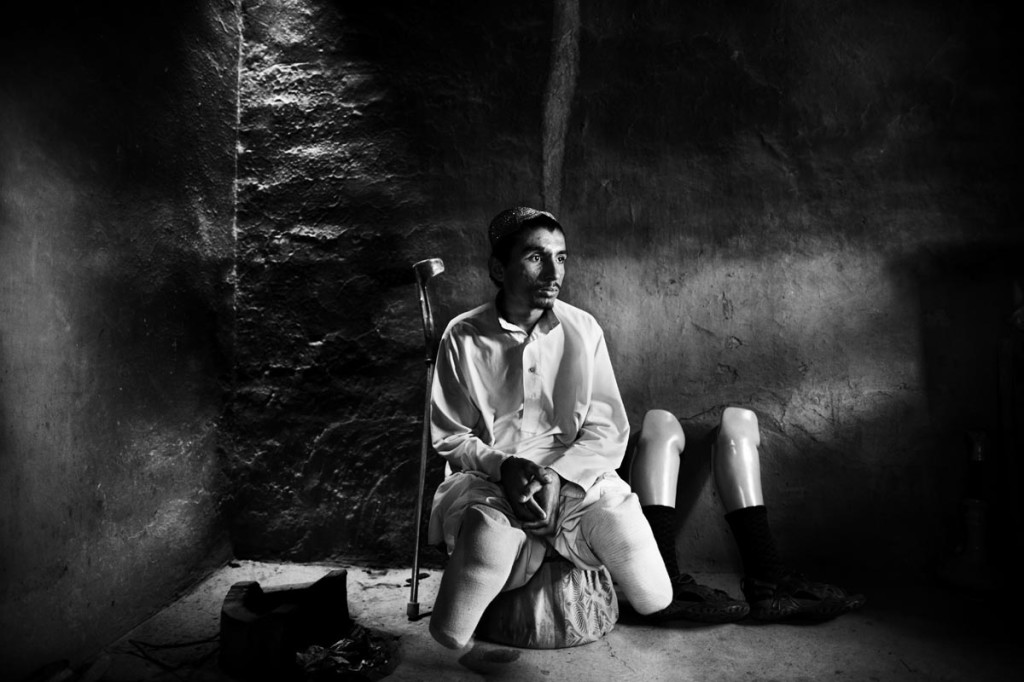 Sadaullah Wazir was breaking a Ramadan fast with his family when drone missiles struck his grandfather’s home in North Waziristan, Pakistan. 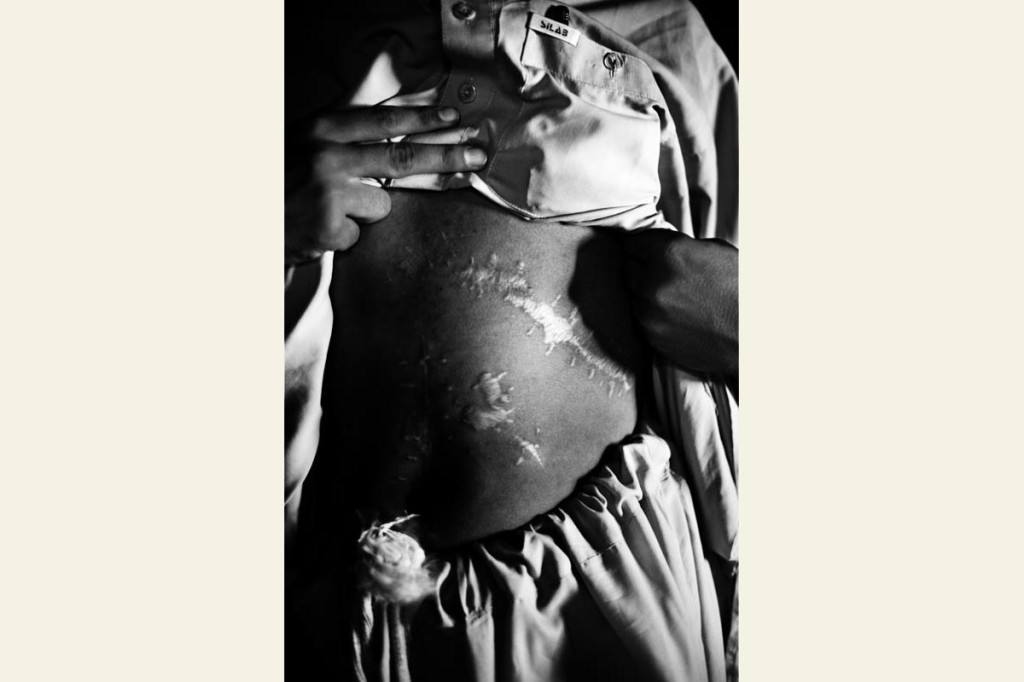 Muhammed Fahem, an 18-year-old public school student. Muhammed’s house was struck twice by a drone 23/1/2009. His 23-year-old cousin and his two uncles died in the attack. Muhammed lost his left eye, and was injured in his stomach and lungs. He spent 70 days in the hospital. His family is still paying back loans from their neighbors in order to cover the hospital bills. 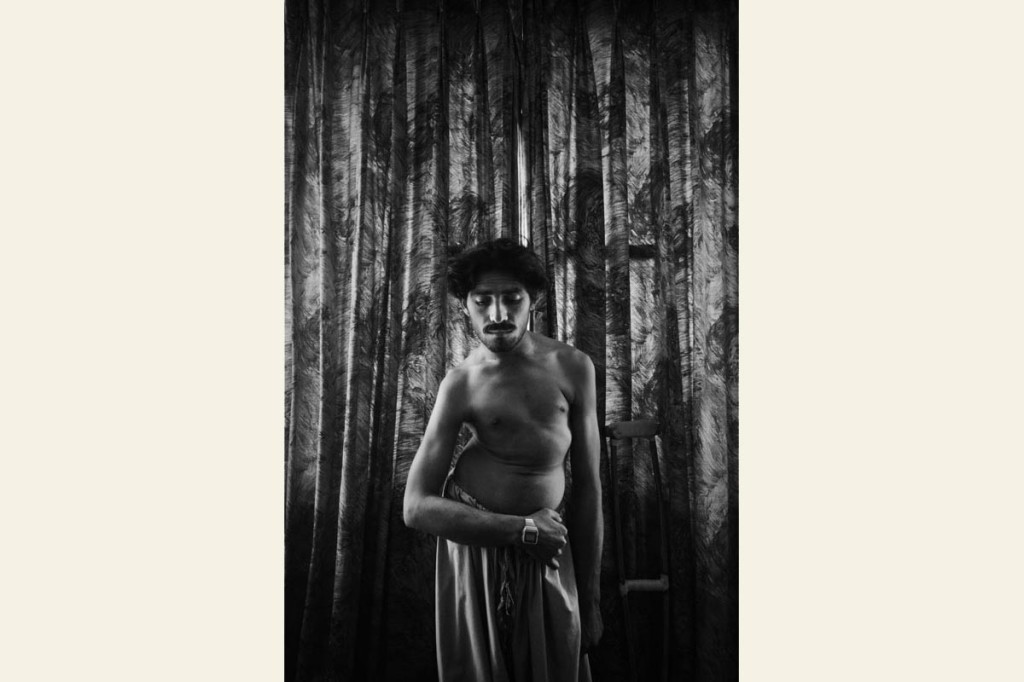 Faiz Mohammad, a 23-year-old student from Doga, North Waziristan. In 9/2008, Faiz was hit by a drone strike and lost consciousness. When he opened his eyes he was in the Sargodha hospital with injuries on his back and his left leg. His leg became atrophic, deteriorating an existing deformity of his body. He is now 90% disabled. Any time he hears the noise of a drone he gets paralyzed by fear. He quit his studies due to financial difficulties. His interest in life is severely weakened. 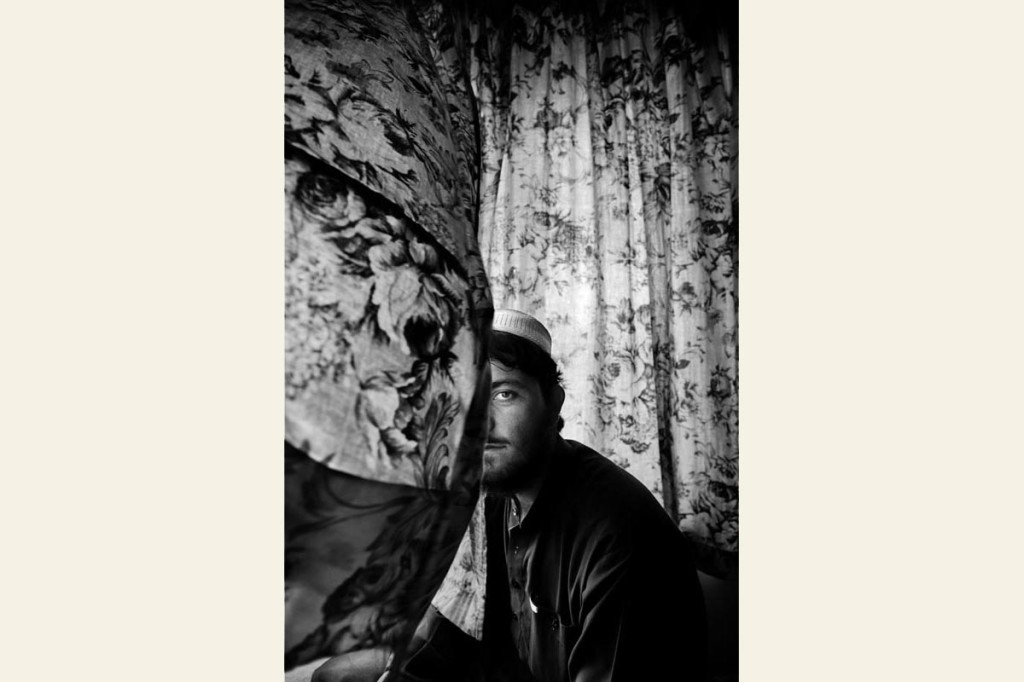 Ijaz Ahmed, a 20-year-old college student. On 23/1/2009, his uncle, a shopkeeper with two sons and three daughters, was killed in a drone attack. He often prays to god to punish the perpetrators of this unjust war against his own innocent people. Quote: "When the practice of war becomes unmanned, then the enemy itself becomes inhuman." 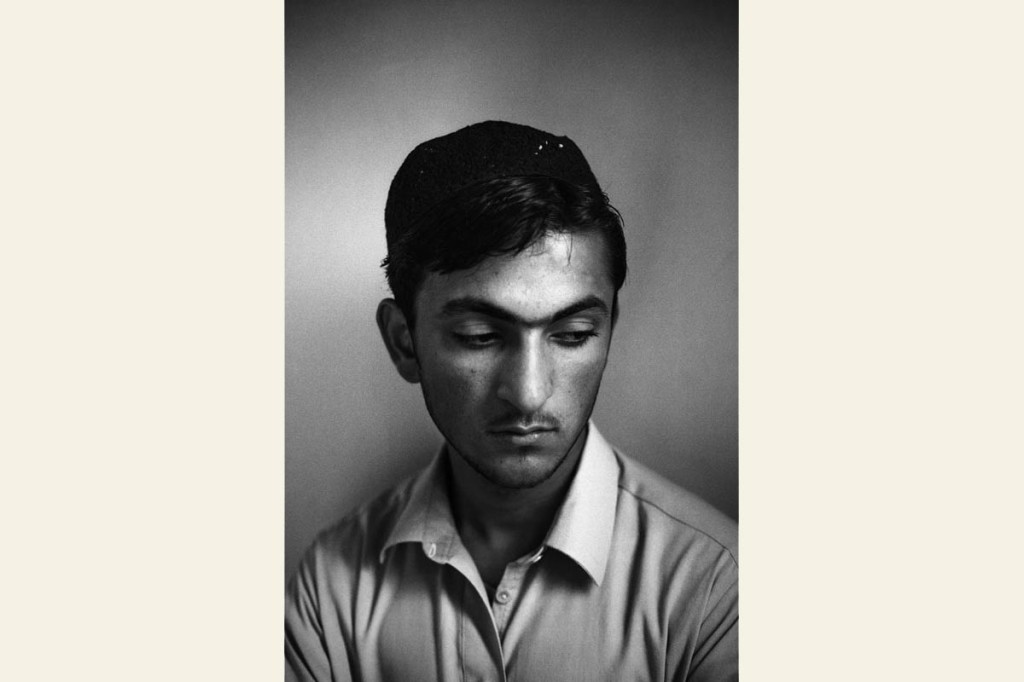 Salman Khan, a 20-year-old student from Hisoori village, North Waziristan Agency. On 20/3/2011, he lost his father in a drone attack. He is very distressed and angry with his government, which does nothing to stop the attacks and does not compensate its victims. Salman says that even people not directly involved in the attacks suffer injuries, such as partial loss of eyesight, and skin and reproductive diseases. Salman suffered from skin diseases for one year.

Massimo Berruti’s series Hidden Wounds is on display in Dubai as part of Surveillance.02, at the East Wing Gallery. Conceived as an interdisciplinary project, Surveillance.02 presents the works of photographers and artists who use images created through cameras, drones, satellites and other remote viewing systems. The scope is to document, portray and investigate how the U.S. government and private companies utilize these tools for military and surveillance purposes.

One of the displayed works, Hidden Wounds, comprises the portraits of people attacked by drones of the US army in the tribal areas of Waziristan, Pakistan. Some have lost family members, and many of them have been left wounded or mutilated. The physical and psychological traumas are extremely severe, and they have overturned the lives of the people attacked. These people, who are often lit in the darkness, show the signs of the attacks through - sometimes - contrasting feelings, ranging from anger to resignation.

It is undoubtedly an important work on one of the most talked-about yet least-seen aspects of recent years' military operations.

Massimo Berruti is an Italian photographer based in Rome, and member of Agence VU' since 2008.
Surveillance is a series of exhibits focused on public surveillance practices and devices , and their social, individual and political implications.
Hidden Wounds is on display as part of Surveillance.02 until May 7th, 2015 and the East Wing Gallery, Dubai.

This website uses cookies to improve your experience while you navigate through the website. Out of these, the cookies that are categorized as necessary are stored on your browser as they are essential for the working of basic functionalities of the website. We also use third-party cookies that help us analyze and understand how you use this website. These cookies will be stored in your browser only with your consent. You also have the option to opt-out of these cookies. But opting out of some of these cookies may affect your browsing experience.
Necessary Sempre abilitato

Any cookies that may not be particularly necessary for the website to function and is used specifically to collect user personal data via analytics, ads, other embedded contents are termed as non-necessary cookies. It is mandatory to procure user consent prior to running these cookies on your website.